Kohima, a town set high among jungle-covered hills in Nagaland in North East India near the border with Myanmar (Burma), was the site of an epic battle in the war against Japan. In fact it was one of the crucial battles of World War II.

In April 1944 the town was besieged by a Japanese division spearheading what they hoped would be the invasion of India. The defenders, 1500 men of the Royal West Kents, the Assam Regiment and the Assam Rifles, held out for two weeks until relieved by their comrades of the 2nd British Division. The ensuing battle, fought at close quarters for two months, was the first defeat of the Japanese by the British army, and a turning point in the war in Asia.

The town of Kohima was completely destroyed, but this did not prevent the local inhabitants from supporting the British and Indian troops as guides, porters and combatants. Without the help of the Naga people, it is doubtful if the battle could have been won.

For sixty years after the battle the veterans, along with their families and members of the contemporary 2nd Division, met annually in York to remember their fallen comrades who lie buried in the war cemetery on the Kohima Ridge, the scene of the most bitter fighting.

The video below shows our trustee Dr Ron Clayton explaining a little more about the Trust. 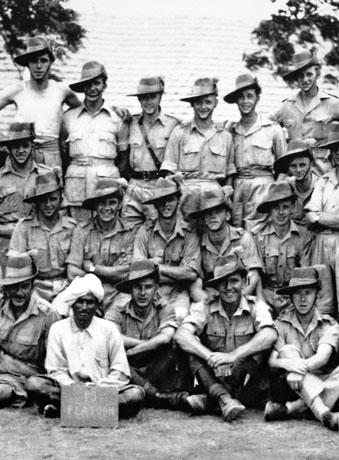 Without Gordon Graham, the KET would not exist. It would certainly not still be thriving ten years after its formation, and would not have raised over half a million pounds and achieved the work in Nagaland that it has. Gordon was a man of vision, amongst many other attributes, and none more so than in his conception of KET. The idea had lain dormant in his mind for many years until he was invited to be part of the committee to plan the 60th Anniversary of the Battle of Kohima and urged members to commemorate the battle in a more permanent way.

Shortly after the outbreak of the Second World War, Gordon joined the 1st Queen’s Own Cameron Highlanders, and in 1942, along with thousands of others, was sent to Bombay. His war really started in April 1944, when the Japanese invaded India. Gordon was part of the 2nd Division, which was rushed to Kohima to aid the stricken garrison. The battle lasted for three months, in dense jungle, much of it in hand-to-hand combat. This was where Gordon was awarded the first of his two Military Crosses.

He went back to Kohima in 1954, a journey he described in an article subsequently published in The Times of London, entitled ‘The Trees are All Young on Garrison Hill’. Latterly, Gordon revisited this article and condensed it into four verses, which he felt epitomised the past, the present and the future: war, memory and gratitude. Gordon always maintained that without the help of the Nagas, the British and Commonwealth soldiers could not have won that battle, and would certainly not have survived in the numbers they did. For sixty years, Gordon thought about how to repay this debt of honour. When he approached a Naga friend with this idea, the immediate response was ‘you have not forgotten us’. Together with fellow veterans, they made it happen.

‘Memory is a great gift which we all share and which too often we take for granted. Like dreams, memories come unbidden. Unlike dreams, they are calls to action. In addition to their basic message about the continuity of life and their evocations of nostalgia or regret, they pose the question: How can we use the past to benefit the future?’

As the veterans planned their final reunion in 2004, they resolved to found the Kohima Educational Trust (KET) as a debt of honour to the Naga people. The trust is seen by its founders both as a means of sustaining the memory of the courage and sacrifice of those who fought and died in the battle, and of honouring the Nagas who were their allies in the war through assisting the education of succeeding generations of Naga children.

Support for the trust comes from the band of veterans; from the contemporary 2nd Division, and from individuals and organisations learning about the Kohima story. 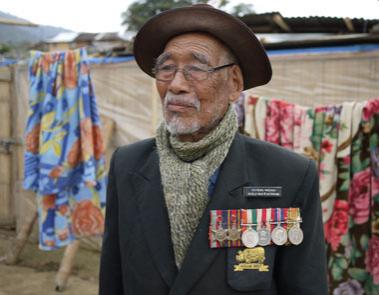 Find out more about the Kohima Educational Trust Trustees.

Find out more about the KES Council.