The Sergeant Harry May Award - July 2021 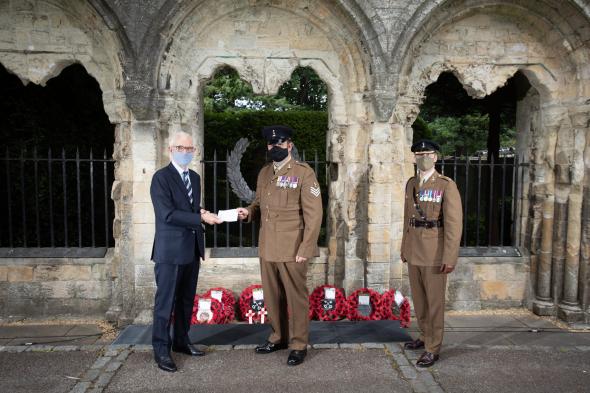 The Kohima Educational Trust is delighted to announce that this year's Sergeant Harry May Award has been given to Sergeant Scott Turnbull of the 2nd Signal Regiment.  Sgt Turnbull was presented the award by KET Chairman Mr Stephen White, pictured above with Lt Col Jamie Balfour, CO 2nd Signal Regiment and York Garrison Commander, 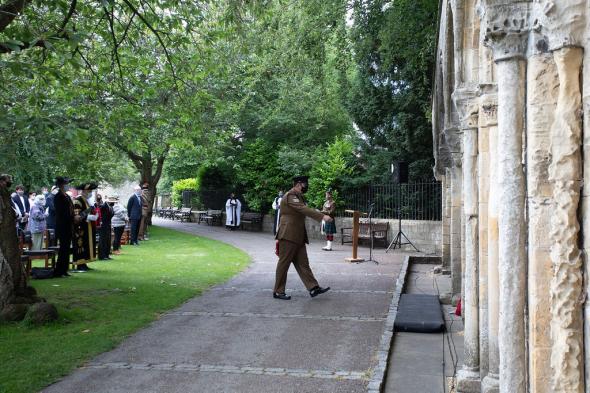 Leaders are key to an organisation’s success. “Leadership is doing the right things”: leaders set direction, build an inspiring vision, educate and mentor their subordinates, and guide them to achieve common goals.

The Burma campaign including the Battles of Kohima and Imphal was spread out over a sustained period. The success of the 14th Army required commanders and leaders at all levels to motivate, inspire, mentor and train their soldiers; learn from mistakes made, delegate and empower their subordinates. They needed to plan, organise and set objectives, take the initiative, respond flexibly to changing situations and persevere to achieve common goals. They needed to do this daily.
This was never truer of those Senior Non-Commissioned Officers like Sergeant Harry May.
Sergeant Harry May
Harry May was born in Glasgow on 22 August 1913. He was a pre-war Territorial Army soldier and joined 52nd (Lowland) Divisional Signals. He was mobilised on 2 September and posted to the newly reformed 15th (Scottish) Division. By trade he was an Operator Wireless and Line. In April 1940, he was promoted to Lance Corporal and a bit over a month later to Corporal. In June he was posted again, this time to 2nd Divisional Signals, the unit with which he would see out the rest of the war. The Division had just escaped from the beaches of Dunkirk and was based now in Yorkshire, where it was refitting and preparing to counter a German invasion.
In December 1941, the war began in the Far-East. Japan attacked Pearl Harbour on 7 December and, four hours later, attacked Hong Kong. Burma was invaded in January 1942 and by April the British forces had retreated into India. The 2nd Division, including the Divisional Signals under the command of Lieutenant Colonel Claude Fairweather[2] was originally destined for Suez and the 8th Army and it departed the United Kingdom in April 1942. Diverted to India, the Division arrived in Bombay (Mumbai) on 7 June and, after a period of training at Poona (Pune) moved to Ahmednagar where it conducted jungle training until committed to operations in April 1944 as part of 14th Army. Most famously, the Division fought at Kohima and in the actions to open the Imphal Road before taking part in the hard fighting through Burma. The Division was withdrawn to India in March 1945 for refitting. Harry May’s war ended with his return to India and, with the Division destined for Malaya, he sailed for the United Kingdom on 23 October 1945 and was demobilised in January 1946.
His Mention in Despatches was published in the London Gazette of 19 September 1946 ‘in recognition of gallant and distinguished services in Burma’.
The Kohima Education Trust Award
The Sergeant Harry May Award is an annual award that will be awarded to the Senior Non-Commissioned Officer on the strength of 2 Signal Regiment who best demonstrates the qualities of leadership outlined above. It is not intended to reward performance on a single occasion or incident but across a full year whether in barracks, on exercise and on operations. The nominee must have demonstrated a commitment to the education of their subordinates whether through mentoring, training or by encouraging them in their personal development goals. They must always epitomise the Values and Standards of the British Army.
We are delighted, this year, to present this award to Sergeant Turnbull. 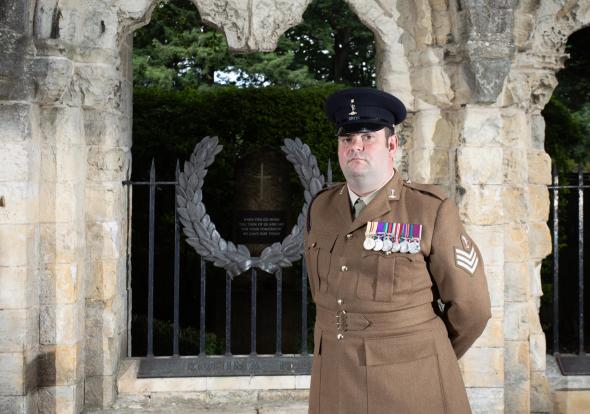