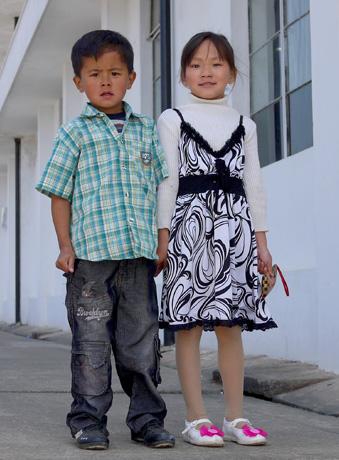 Should you wish to donate a scholarship, please click the button below to fill in our online sponsorship form.

Please find more information and view our Scholarship Leaflet by clicking the button below.

Since 2004, the Kohima Educational Trust through its affiliate the Kohima Educational Society, formed by leading Nagas in 2007, has financed many projects to aid education in Nagaland such as a children’s hostel, a basketball pitch, a reference library, medical training, a Master’s Degree for a Naga teacher, a bibliography of Naga literature and a glossary of sixteen Nagaland languages.

Outstanding among these projects has been the provision of scholarships for 14 to 18 year-old Naga children, which has appealed to hundreds of British donors, led by veterans and their families, who have been moved by the Kohima Educational Trust and this exemplification of gratitude.

Our scholarship award ceremony sadly had to be cancelled this year due to the Covid-19 crisis. As our supporters know, the ceremony is an important and moving highlight of the year for KET/KES and the multitudes of scholars and their families.

The Scholarships are usually awarded annually every March in Kohima. The scholars are selected by the Kohima Educational Society in conference with schools and churches, on the grounds of ability and need. Some of the scholars have just one living parent. Some are orphans.

Instead, this year, our general manager in Kohima, Mhasisalie Solo, spent the months of the rainy season reaching all 435 students to ensure that they had safely received their money. We thank him for this tremendous achievement.

We would very much like to be able to sustain the level of scholarships we award each year but to do so we are reliant on the generosity of our supporters - for which we are enormously grateful. The money you donate will allow the student to attend a privately funded Higher Secondary School by covering many of the fixed costs. There are just over 400 recognised and permitted private higher secondary schools in Nagaland, many funded by churches.

Every donor receives, in normal times, a letter and photograph from the student(s) sponsored and many donors have taken great pleasure in forming a pen-pal style relationship with the students.

After fourteen years, we have had to increase the amount we ask for each scholarship from £100 per annum to £125. We ask that that the initial scholarship is a minimum of three years so that the child is guaranteed at least three years of support, from year 8 through to the end of year 10. After that time, should you so wish to continue sponsoring the same student, there is an opportunity to donate a further two- year scholarship to take the student through to the end of year 12. Of course, should you choose an initial five-year scholarship that would be ideal as we are then able to commit to those students through to year 12.

Note: At the time of writing, there is only a partial re-opening of schools and then only for classes 9 to 12. This is subject to the parents giving their consent in writing, allowing their child to attend school to meet one to one with their teachers. Online classes and exams and tests are going on in every school for all classes . Students are getting their assignments and homework via WhatsApp through their parents' smart phones wherever possible.  Alternatively, there are also classes conducted via radio and local television networks.

We were delighted to receive this letter from one of our scholars, Chubasenla Walling.  Chubasenla is from Fernwood School in Kohima. She came 8th (total score of 95%) out of 22,393 students in the High School Leaving Certificate Exam!

Congratulations and very well done to Chubasenla - we are very proud of you! 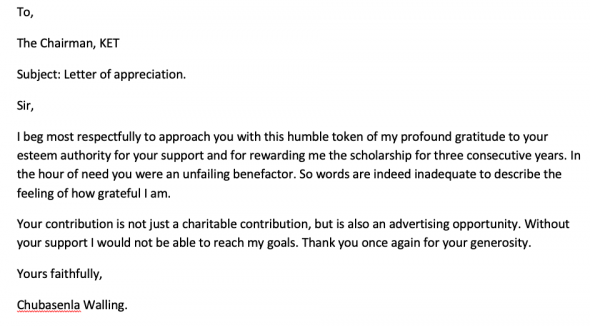 Please fill in our online form and sponsor a Naga student

Find out more about the support offered to schools by the Kohima Educational Trust.

Read letters sent from the children supported by KET.